Nevermind the controversies currently shaking the Canadian Senate and Prime Minister's Office, nor those swirling like smoke around a certain mayor.  This past week the papers have carried two news items about New France's musty tomes and sunken ships!  Both are courtesy of Randy Boswell, who teaches journalism at Carleton University but remains on the heritage beat for Postmedia News.

First, it has been announced that the register containing the probable record Samuel de Champlain's baptism will go on display in a few days and until the fall at the Canadian Museum of Civilization.  I'm italicising probable here because it seems to me that Boswell's article doesn't reflect accurately enough the uncertainty that persists around this document and Champlain's origins.  In the absence of long-vanished records for Brouage, is it safe to confidently conclude that this Chapeleau baptised in La Rochelle is our man?   One historian, Éric Thierry, has been quite categorical in his opposition to the interpretation that this is the birth record of the famed explorer.  The register, by the way, is not musty at all.

In another piece, Boswell has publicised the launch of an effort by the Great Lakes Exploration Group, a team of American wreck hunters who has received the approval of the governments of Michigan and France, which expects to dive next month to the bottom of Lake Michigan.  There they hope to identify the long-sought remains of the Griffon, René-Robert Cavelier de La Salle ship, which sunk during its maiden voyage in 1679.  Should we be worried that the effort is being led by a private, for-profit group?  I hope not.  Time will tell. 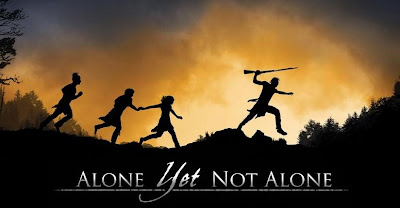 Waxing and Waning at the Grévin

I still haven't gotten around to visiting the Grévin Museum in Montreal.  As readers of this blog will recall, I was announcing with barely contained excitement that some figures drawn from the history of New France would feature in the mix of wax figures exhibited there.  Off the top of my head, Jacques Cartier, Samuel de Champlain Champlain, Paul Chomedey de Maisonneuve, François de Laval, Jeanne Mance, Catherine "Kateri" Tekakwitha, Marguerite Bourgeois, Marguerite d'Youville, Marie de l'Incarnation, Louis de Buade de Frontenac...  A few pictures have been available on the Grévin's Twitter feed.
﻿﻿﻿﻿﻿﻿
Unfortunately, the good folks at the Grévin clearly do not seem to have put as much effort in researching these historical figures as they have in replicating the likeness of contemporary celebrities.  Sure, we lack portraits for most of them.  Still... Catherine "Kateri" Tekakwitha appears in buckskins and braids, visibly inspired by a prayer card rather than by what we know, from visual and textual evidence, late eighteenth century Iroquois women wore.  The portrait by Claude Chauchetière (the fact that it is likely a 19th century copy of the original notwithstanding) might have served as a more credible source of inspiration.

Frontenac is for his part modelled after the statue, made by Louis-Philippe Hébert in 1890, that adorns the façade of the Assemblée nationale.  Those familiar in material culture will note that the sword is one of those cheap US Civil War replicas, and the costume is all wrong.  The person or persons responsible for the costume, astonishingly, don't appear to have understood what they were seeing when they were looking at the statue's steel breastplate.  Indeed, they depict it as the body of a historically dubious fabric coat.